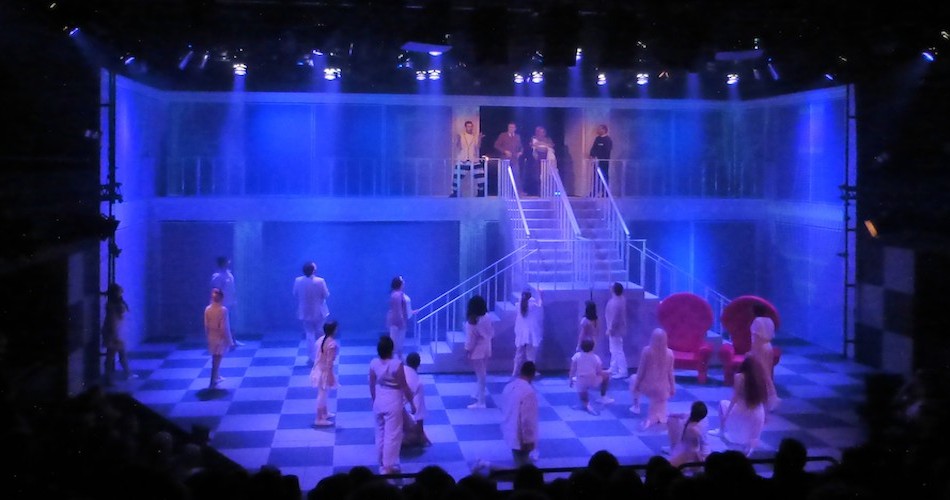 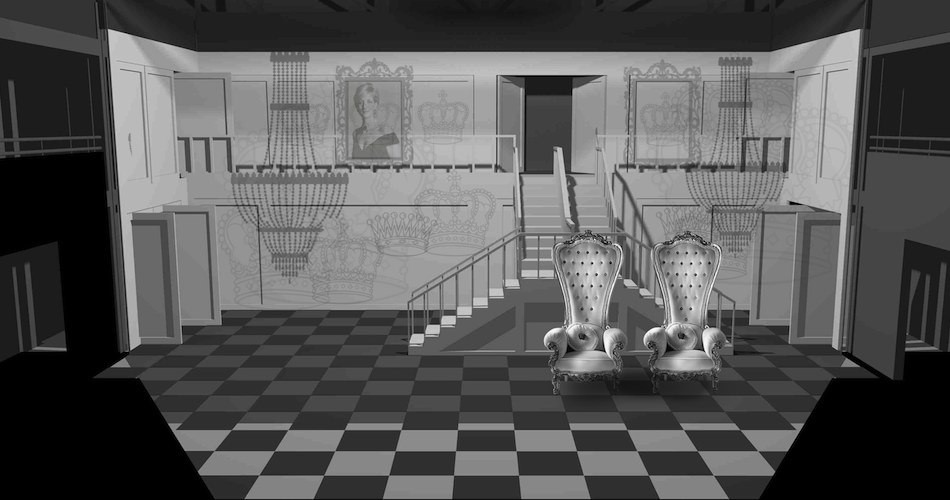 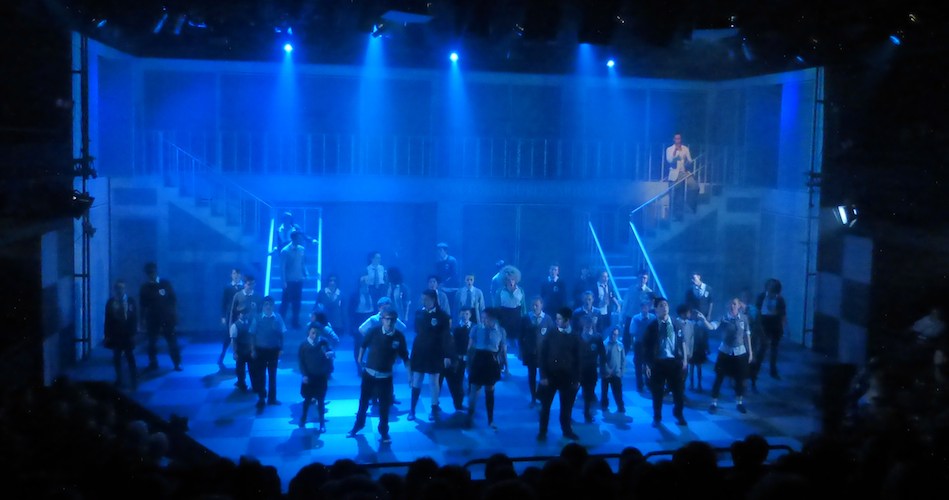 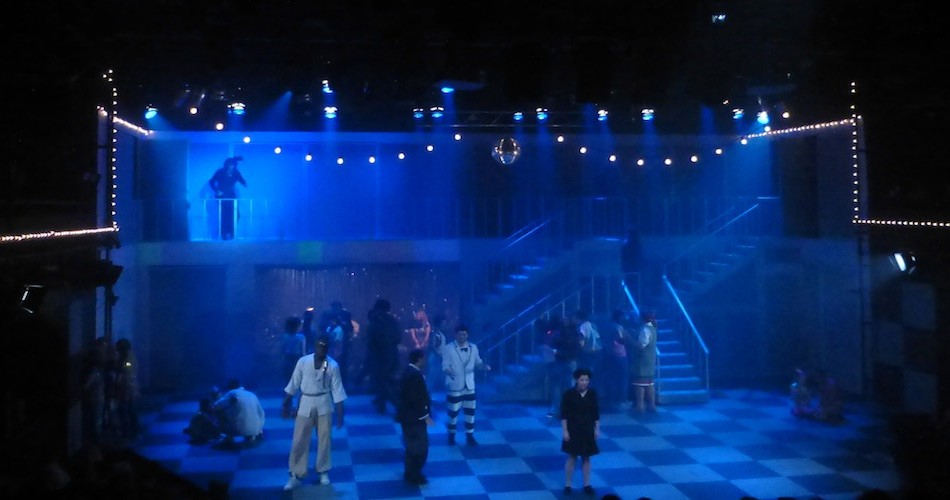 My object from the initial meeting was to be part of a project where the cast led the design rather than merely reflecting it.  By creating design elements that the performers would move to create the different locations so that the show was fluidic.

My first task was to build the Rayne Theatre as 3D computerised model. I then tried different ideas within the model and very early on came up with a set design that would allow the cast to take the audience on a journey. I was also interested in creating set elements that could be used again on other shows.

I created 3D visuals showing the different configurations of the set and presented the ideas to all the creative team. Once the overall design was agreed I produced a white card model which allowed everyone to fully understand how it would work.

The overall process took around a month and by the end of July I had produced the construction drawings so the set could be built. As a lot of the set needed to be built in steel, I contacted Michael at Blackfriars Scenery who I had worked with in the past.

These elements were then delivered by mid-August and Zeeta Jacobs (Production Manager) and John Mann (Master Carpenter) started fitting the set up in the theatre so that rehearsals could start on the physical set in September.

There’s a wonderfully adaptable set with staircases that make Hogwarts’ look positively static and a fantastic montage of pop culture icons as Beauty tumbles back through time to 1977.’  Broadway World

An innovatively adaptable set design by Adrian P. Smith was at once the palace, the school and the forest, and it seamlessly transported you to each setting (and decade for that matter), as did the very catchy score.  Everything Theatre

The set, lighting, and costume designs also deserve commendation. Without giving too much away, the set is constantly changing and moving to fit the cast, and the lighting is designed to add to the audience’s experience of the play, as opposed to simply lighting up the stage. The costumes are simply fantastic, fitting the characters perfectly, and really adding to the aesthetic appeal of the production.  Time Out